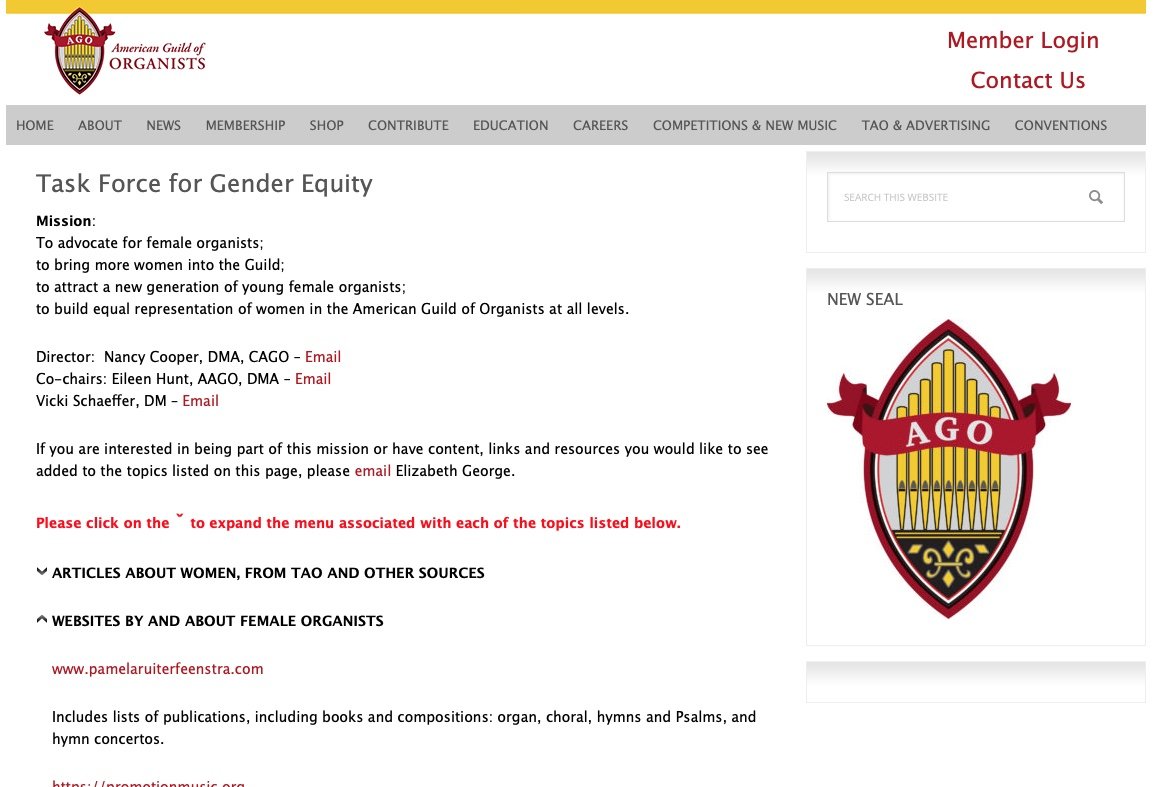 On 3 May 2021 I served as a panelist on the National AGO webinar about Gender Equity. Here is a link to the AGO website for its Task Force for Gender Equity listing its mission, articles about women, websites by and about femaile organists, and online professional organizations that support and advocate for gender equity. 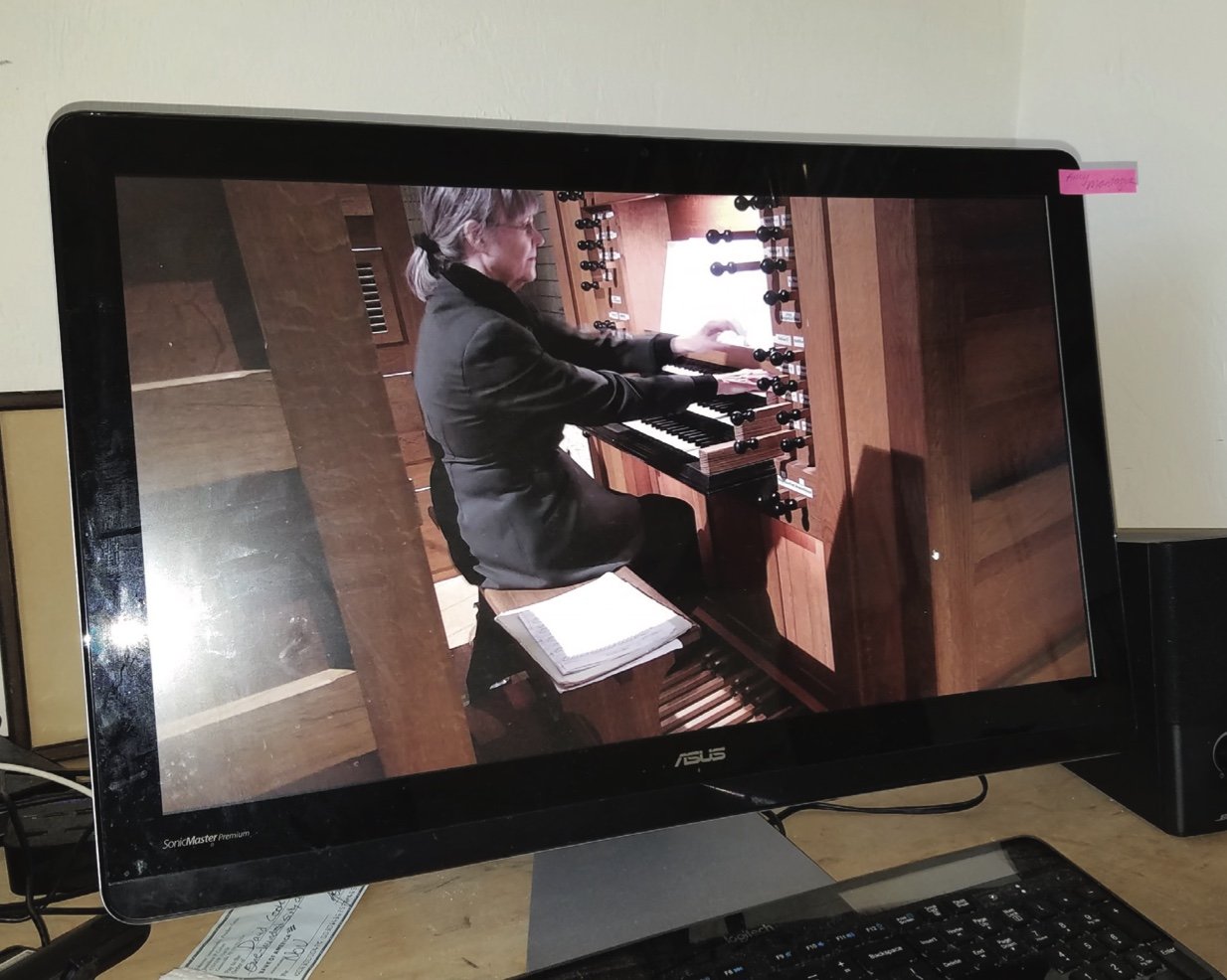 Here is a link to my 2021 Iowa State University Faculty Report in my role as the Charles and Mary Sukup Endowed Artist in Organ in the Department of Music and Theatre. Happy reading! 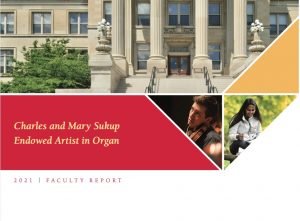 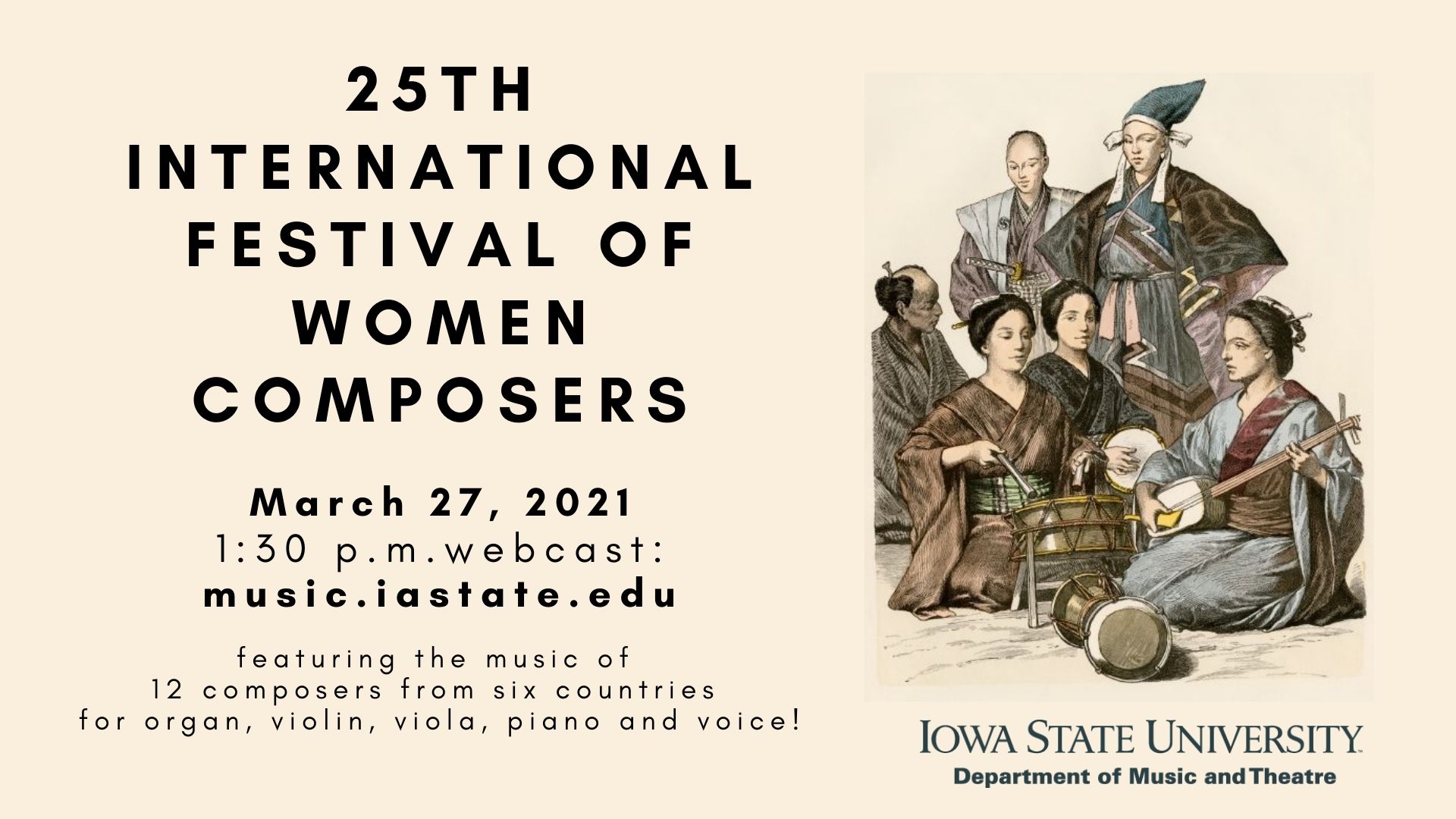 You are invited to our 25th International Festival of Women Composers this Saturday, March 27, 2021 webcast beginning at 1:30pm from the Martha-Ellen-Tye Hall at Iowa State University that Miriam Zach organized as Festival Founder/Creative Director.

Here is the program (click on this link or on the image below): 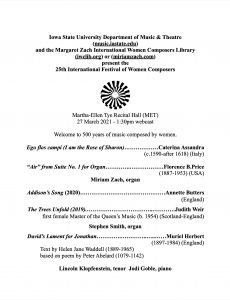 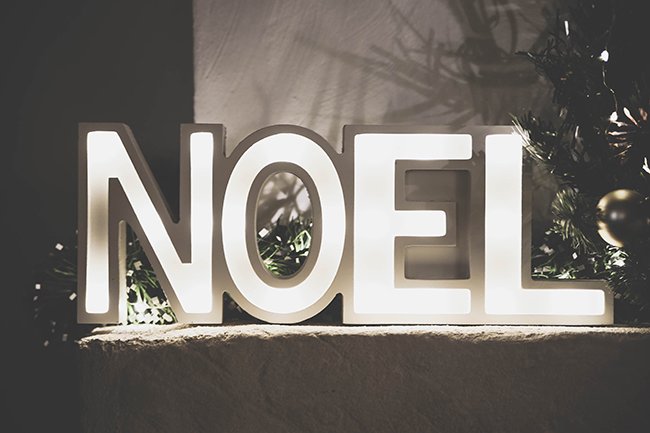 On Saturday, 5 December 2020 Miriam Zach performed christmas music in Martha-Ellen Tye Recital Hall in the Music Building at Iowa State University. The concert represented a journey through four-hundred years of organ music composed by French organists who were inspired by Advent, Christmas, and Epiphany. See the full program below (click to view or download): 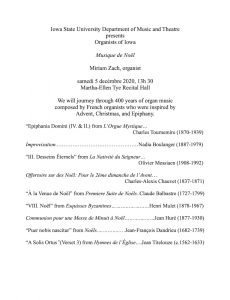 Miriam Zach and her Organ and Harpsichord Studio performed in Martha-Ellen Tye Recital Hall on 7 November 2020 at 1:30PM a program of French music across the centuries, from Louis-Claud Daquin’s 1735 Le coucou to 20th-century pieces by other French composers. Click on the link below to view the program. 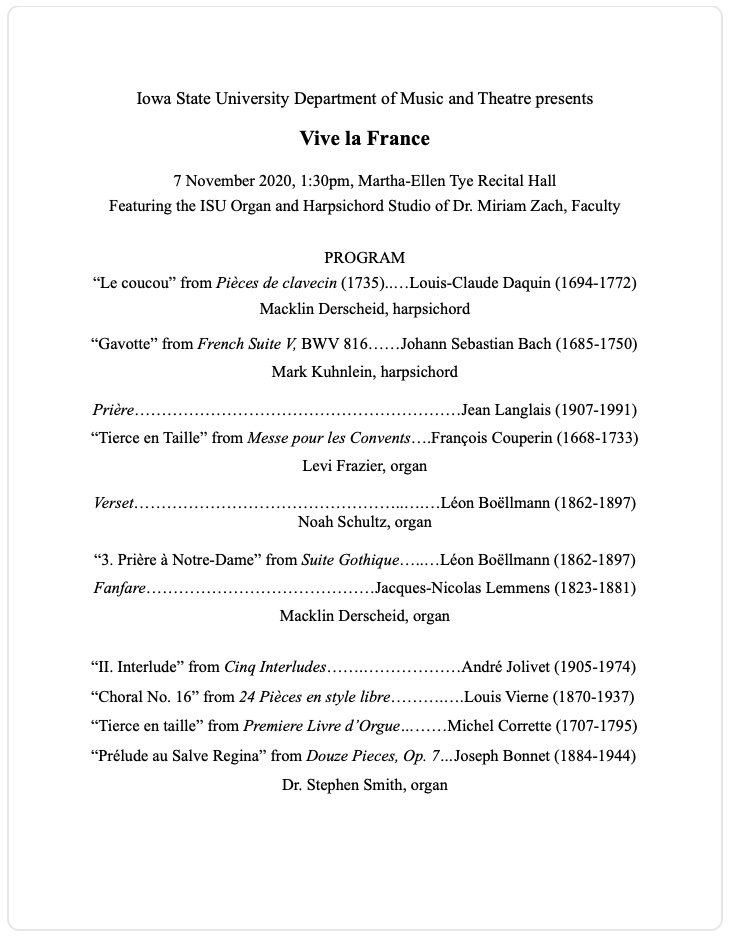 A Faculty Report for 2020 by Dr. Zach listing her accomplishments and the impact of her work in her role as the Charles and Mary Sukup Endowed Artist in Organ is now available as a downloadable PDF by clicking here or on the image below.

On 22 February 2020 Dr. Zach presented the 24th International Festival of Women Composers Concert at Martha-Ellen Tye Recital Hall in the Music Building of Iowa State University. See the program here or click on the image below.

On 17 November 2019 Dr. Zach presented All Roads Lead to Johann Sebastian Bach, a concert featuring herself and students of her organ studio at Iowa State University’s Department of Music and Theatre. See the program here or click on the image below.

On 5 October 2019 Dr. Zach presented Written in Britain and Ireland, a program that “explores 19th- and 20th-century compositions by English, Irish, Scottish, and Welsh composers who were influenced by traditional songs, dances, people, and instruments of the British Isles and Ireland. See the program here or click on the image below.

On 6 September 2019 Dr. Zach played a program of Eastern European Organ and Harspichord Music by Women Composers who were active during the Soviet Socialist Realism phase (1932-1988). See the program here or click the image below.